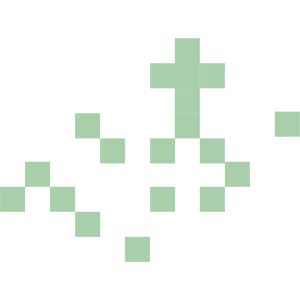 Annulments - questions and answers
Marriage breakdown is usually a traumatic experience for all concerned. Many separated and divorced people wonder about their status within the Catholic Church.

The Church reaches out in support of those whose marriage has broken down, while upholding the permanence of a true Christian marriage. These two aspects of the Church's position are especially evident in the sensitive work of the Tribunal of the Catholic Church.

Where to begin?
There are many views as to the nature of marriage, including the popular notion that marriage is simply an agreement, terminable at the will of either party. The Bible-based view of the Catholic Church is that marriage is the intimate union of life and love between a man and a woman, which is permanent, faithful and open to new life.

How does an annulment differ from a divorce?
A divorce dissolves the bond recognized in civil law. An annulment declares that even though the correct wedding formalities were observed, and even though children may have resulted from the union, the bond of marriage, as understood by the Catholic Church, did not come into being. Thus the parties are free to marry according to the rites of the Catholic Church once all other requirements of law have been fulfilled.

An annulment does not claim that there was no love between the parties, or that they were lacking in sincerity, effort nor commitment.

In Australia an annulment has no effect in civil law.

Who can approach the tribunal?
Anyone, Catholic or non-Catholic, who wants to clarify their marital status in terms of the law of the Catholic Church may do so.

To see whether there was an incapacity, the Tribunal investigates many matters. These include the intentions of the parties, their maturity, their freedom to act responsibly, their freedom from undue influence and pressures and their capacity to undertake the essential obligations of marriage.

The Petitioner is required to nominate witnesses who are willing and able to speak to the facts of the case.

The Respondent is given the opportunity to nominate witnesses. Witnesses are interviewed in private and under oath.

Everyone giving evidence does so on the understanding that they will not discuss their evidence with anyone else.

Must the Respondent be contacted by the Tribunal?
Yes. Clearly, justice demands that the Respondent know of the proceedings and be offered the opportunity to give evidence.

I have heard it is now a lot easier to get an annulment. Is this true?
The basis for nullity has not changed. However, the insights of the human sciences over the past fifty years have broadened the basis on which a judgement in Church law can be made that a marriage is null.

How is the decision reached?
When there is sufficient evidence for a decision to be reached, the formal (and private) judgement of the Tribunal Court is made. The Petitioner and the Respondent are not required to attend. The Defender of the Bond submits his observations on the case in the light of the teachings of the Church on marriage.

The decision is made by Judges of the Tribunal, who are sometimes assisted by skilled Assessors. The First Instance Judgement will declare either that the marriage is certainly null (an affirmative decision) or that the evidence does not allow such a decision to be made (a negative decision).

What happens after the First Instance decision?
The case must be forwarded to the Appeal Tribunal for Australia and New Zealand. If the affirmative decision is then ratified, a decree of nullity is issued. If a negative decision is ratified, the presumption remains that the marriage is binding.

Is everyone who seeks an annulment successful?
No. The fact that evidence is taken must not be construed as an indication of a favourable result. The decision rests entirely with the Judges after they have reviewed all of the evidence.

How long does it take?
It is quite incorrect to believe that every case takes many years. Sometimes less than a year is required, usually no more than two.

No arrangements should be made for the celebration of a marriage in the Catholic Church until the final decision has been given.

Isn't an annulment praising one party and blaming another?
No. The Tribunal is concerned with establishing whether or not there is a basis in fact for nullity, not with apportioning praise or blame.

Are children of the marriage declared null or considered illegitimate?
No. Church law states that such children are legitimate.

What if a person has been married more than once?
Each of the unions would have to be considered separately.

Are there costs?
Yes. The Tribunal charges a standard fee. Financial difficulties do not hinder the processing of a petition.

Is it all worthwhile?
In seeking an annulment there are sometimes painful and anxious moments. Nonetheless, most find the process and the sensitive approach of the Tribunal staff an experience of healing and wholeness.

A decree of nullity clears the way to enter a marriage with the full blessing of the Catholic Church, if the proposed spouse is also free to marry according to Catholic Church law.

For those who have already entered another union, a decree of nullity offers the possibility of having that union recognised by the Catholic Church, if the other party is also free to marry according to Catholic Church law.

Before marrying or having a union recognised by the Catholic Church, counselling is often required.

Recommended reading
It is impossible simply and briefly to cover all aspects of this topic. For further information, please refer to:
Marriage, Divorce and Nullity - A Guide to the Annulment Process in the Catholic Church, Geoffrey Robinson, Collins Dove, Melbourne, 1984. His book is extremely readable and would answer most queries.

Both of these books are readily available at Catholic bookshops and tribunal offices.

Contact
205 Tarcutta Street, Wagga Wagga NSW, Australia 2650
02 6937 0017
tribunal@wagga.catholic.org.au
02 6921 5157
About Us
Youth + Young Adults
Safeguarding Children + Vulnerable People
Together Magazine
Diocesan Provident Fund (DPF)
Seminary + Vocations
Giving
Directory
SRE & Catchesis
Parish News + Events
Contact Us
We use cookies on our website to give you the most relevant experience by remembering your preferences and repeat visits. By clicking “Accept All”, you consent to the use of ALL the cookies. However, you may visit "Cookie Settings" to provide a controlled consent.
Cookie SettingsAccept All
Manage consent