Located within Wiradjuri country in the Riverina and Yorta Yorta country in the southwestern district of New South Wales, the diocese of Wagga Wagga stretches from Khancoban in the east to Griffith and Yenda in the west. Populated with both large and small towns, it is home to some of Australia’s richest and most picturesque countryside.

We’re here to share the joy and love of Jesus with the people of the Riverina. Our Diocese exists to foster and equip our extended religious communities – parishes, schools and welfare services to carry out the mission of Christ in the world. 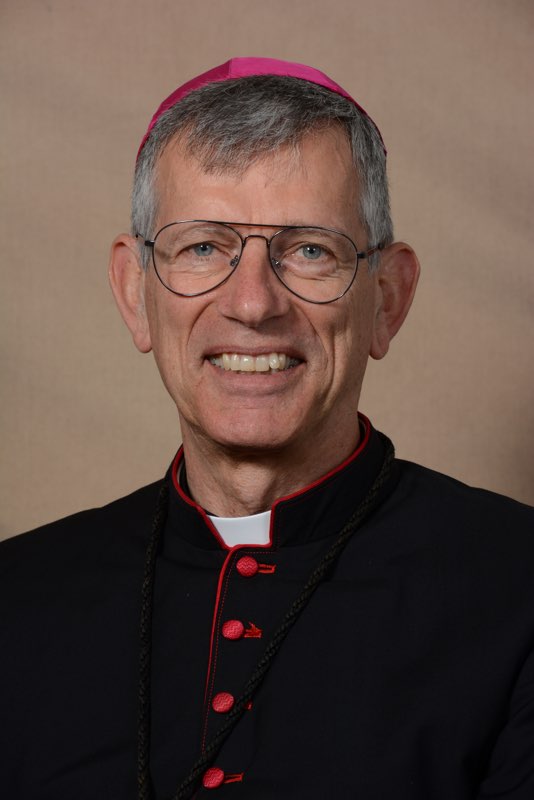 Mark Stuart Edwards OMI was born in 1959 in Balikpapan on the island of Borneo in Indonesia the first child of Graham Edwards from Adelaide, who was working there in the oil industry, and his wife Christina (aka Tineke) from The Hague in Holland. They returned to Australia in 1962 and the family, to which were added in due course Keith, Karen (now Herford) and Donald, moved several times before settling in Melbourne in 1968. A parishioner of St Leonards in Glen Waverley and Holy Saviour, Vermont South, he attended Saint Leonard’s Primary School Glen Waverley and later Mazenod College, Mulgrave, where he made his first contact with the Congregation of the Missionary Oblates of Mary Immaculate who conducted the College.

He joined the Oblate novitiate in 1980 after completing a Bachelor of Science at Monash.  Mark received his academic priestly formation at Catholic Theological College of Melbourne, a college of the then Melbourne College of Divinity (now University of Divinity). After his priestly ordination on 16 August 1986, Father Edwards served as teacher at Mazenod College (1986-1989) and teacher at Iona College in Brisbane (1990-1997), returning to Saint Mary’s Seminary in Mulgrave as Postulant Master (1998-2004); as Novice Master (2004-2007) and as Rector (2007-2010). He was concurrently studying at Monash University for a PhD in Philosophy and a lecturer at Catholic Theological College in Melbourne (2005-2010). In the years 2001-2010, he served on the Provincial Council of the Australian province of the Missionary Oblates.

Fr Mark served as Rector of the Iona College in Lindum, Brisbane (2010-2014) until, on 17 December 2014, he was ordained to be titular Bishop of Garba and Auxiliary Bishop of Melbourne.  In Melbourne, Bishop Mark served as Auxiliary Bishop with pastoral responsibility in the Eastern Region and later in the Western Region.  He also supported the Archdiocesan Office for Youth and the Tertiary Chaplains in the Archdiocese. Whilst in Melbourne, he served on the Bishops Commissions for Catholic Education, for Family, Life and Youth and for the Plenary Council.

On 26 March, Pope Francis appointed Bishop Mark as 6th Bishop of Wagga Wagga in succession to Bishop Gerard Hanna who retired due to ill health in 2016. Bishop Edwards was received into the Diocese of Wagga Wagga at a Liturgical Reception and Solemn Mass held at St Michael’s Cathedral Wagga Wagga on 22nd July 2020.

The Catholic Diocese of Wagga Wagga is located within Wiradjuri country in the Riverina and Yorta Yorta country in the southwestern district of New South Wales. Established in 1917, the Diocese of Wagga Wagga has a rich faith tradition; the faith communities are nourished and sustained by the sacramental life of the church administered and accessed through 32 parishes. Priestly Vocations are fostered and developed at Vianney College – our Diocesan Seminary. Catholic Education Diocese of Wagga Wagga comprises 32 schools – 25 Primary and 5 Secondary. Boarding facilities are provided by 3 of the Secondary schools. There are two independent Catholic Schools. 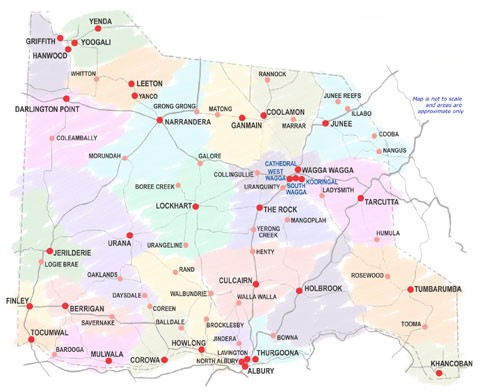 Read the latest issue of Together Magazine

About Us
Youth + Young Adults
Safeguarding Children + Vulnerable People
Together Magazine
Diocesan Provident Fund (DPF)
Seminary + Vocations
Giving
Directory
SRE & Catchesis
Parish News + Events
Contact Us
We use cookies on our website to give you the most relevant experience by remembering your preferences and repeat visits. By clicking “Accept All”, you consent to the use of ALL the cookies. However, you may visit "Cookie Settings" to provide a controlled consent.
Cookie SettingsAccept All
Manage consent

This website uses cookies to improve your experience while you navigate through the website. Out of these, the cookies that are categorized as necessary are stored on your browser as they are essential for the working of basic functionalities of the website. We also use third-party cookies that help us analyze and understand how you use this website. These cookies will be stored in your browser only with your consent. You also have the option to opt-out of these cookies. But opting out of some of these cookies may affect your browsing experience.
Necessary Always Enabled

Performance cookies are used to understand and analyze the key performance indexes of the website which helps in delivering a better user experience for the visitors.

Analytical cookies are used to understand how visitors interact with the website. These cookies help provide information on metrics the number of visitors, bounce rate, traffic source, etc.

Advertisement cookies are used to provide visitors with relevant ads and marketing campaigns. These cookies track visitors across websites and collect information to provide customized ads.

Other uncategorized cookies are those that are being analyzed and have not been classified into a category as yet.